Review by Pat Pendleton in Artvoice. 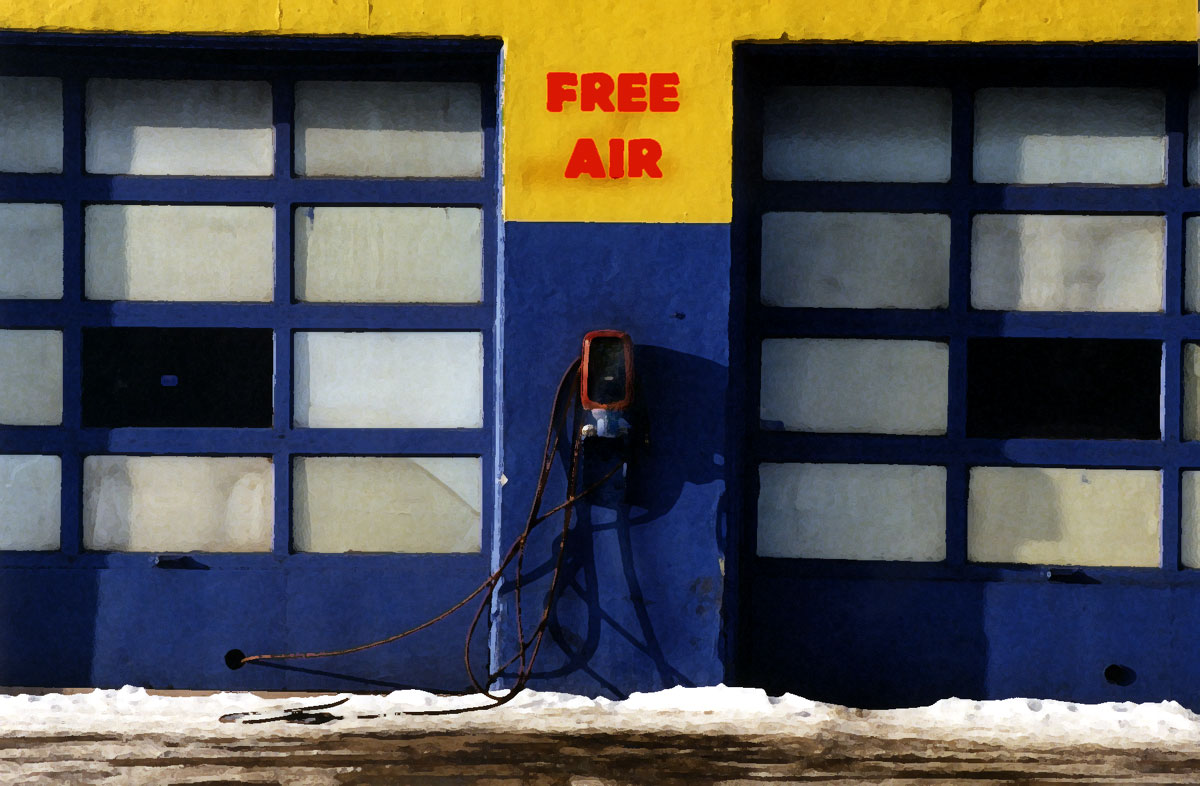 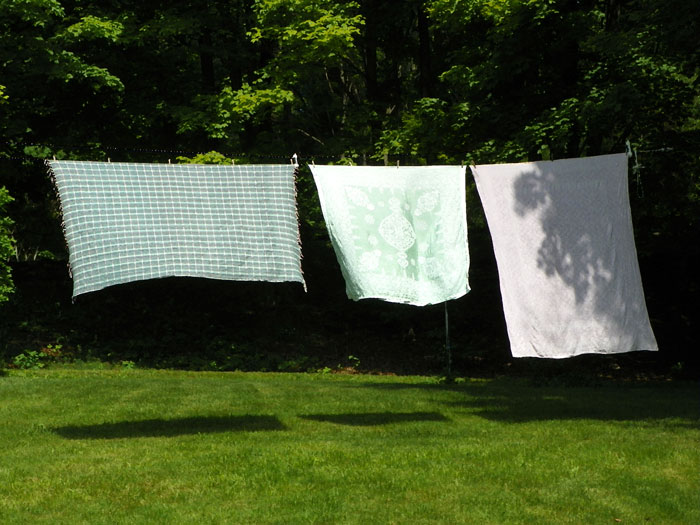 Remember free air? A stark image of an auto shop features red signage over an air pump stationed at a blue and yellow wall. The crisp image tells one small story. Before coin-operated air pumps, garages would happily announce “free air” as a generous bonus given to their customers.

Michael Morgulis captured this moment. More than just documentation, his artful images also suggest a narrative. In this case, we are reminded that there was once a time when everything was not a commodity. A stack of small prints of this photo were available to guests (free) at the intimate Queen City Gallery. Friends and fans stopped by on the sunny winter afternoon to greet the artist and enjoy refreshments while pondering the storied prints. I am reminded of flash fiction, haiku poems, short films, and the small moments we all experience each day. An old advertising slogan taken from a Chinese proverb reminded us that “One picture is worth a thousand words.” More and more, the universal world communication style is trading the complication of language for pictures and symbols. Visual art has always operated in this territory.

Primarily a printmaker and graphic designer, Morgulis studied with Milton Glaser and has honed his own visual language in a body of silkscreen posters, prints, and t-shirts of scenes and images related to Buffalo. Some may remember his Local Color Gallery on Elmwood, but these days Morgulis is found working behind the desk at his Hertel Avenue shop, New Buffalo Graphics. His studio is in full view. Interesting books and art journals are strewn about. Jazz is likely playing in the background. Visitors may be greeted by Kiki, his companion dog and frequent subject. You will notice the rather large professional printer that lends a high-quality look to his signed, archival inkjet prints. He will likely offer you a piece of candy from the bowl by the register.

Many visual artists take photographs as a dimension of their creative work. “But I’m not a photographer,” they will say. Richard Prince refers to it as “practicing without a license.” Seeing the world through a lens defines a personal point of view. An avid movie buff, Morgulis remarks, “I sometimes see the world in front of my camera as a still scene from the movie of my life.” Along with his printmaking work, he has always made images with a camera and shoots what he sees during his daily travels around North Buffalo, Elmwood, and Delaware Park. Buildings, bicycles, and dogs come up often in the artist’s work. Titles such as Fancy Little Dogs on Leashes elaborate on the story. Gauzy cloth drapes sunlit windows in Morning Window at Sweetness 7. He finds “urban folk art” in an eclectic corner storefront, a diner counter, mannequins, and layered views through reflective glass. We once referred to everyday photographs as snapshots (usually taken with a Kodak). Today, almost everyone has ventured into a bit of photography with their phone pics and easy editing tools. Incorporating images into our online text is almost a necessity. Yet there is a tradition of documentary and narrative photography that goes beyond the snap. I think of Sylvia Plachy, Mary Ellen Mark, Annie Leibovitz, and more. Morgulis melds together these approaches in his process-oriented art. He utilizes the digital print process to achieve painterly effects in his photographs, as evidenced in vivid color, detail, and texture. Finding authentic expression in this region is only part of the story. Buffalo is the container—the narrative is infused in the objects, arrangements, and ambiance of situations (moments). Morgulis does this with beauty and humor. Local Color Editions is the brand name for his poetic print series, book covers, and hand-bound books. Local color is what he does best. In addition to the dozen-plus framed and matted prints on display, there are numerous unframed photographs available to look through. My personal favorite is one of three large cloths blowing in the breeze on a backyard clothes line—ordinary yet magical.

Trying to keep up with all the latest news, I just read a new Leonard Cohen poem in last week’s New Yorker. I should admit here that I am a big fan. If you walk into my store on any given day, you may hear one of LC's songs streaming in the background.  The story in the poem, "Going Home",  is a look at the poet looking at himself. It is a portrait of the artist as an old man.  It stimulated some thoughts, memories and a story of my own.

Here is my “Leonard Cohen” Story

The year was 1966. I was a grad student in American Studies at the University of Buffalo . I was addicted to browsing bookstores.  On one of my frequent weekend trips over the border to Canada, an easy ride from Buffalo, I happened to be browsing through a bookstore in the Kensington Market section of Toronto when I saw a small paperback snuggled at the end of a cluttered bin with the title on its spine, “Flowers for Hitler”. In those days I was still wrestling with my identity as a Jew and very sensitive to any clue that might explain anti-semitism . I grew up in a house with parents who were holocaust survivors who did not like to talk much about their experiences. The unusual title became even more curious as I saw the name of the author next to it: Leonard Cohen.  I was overcome with curiosity at this seeming contradiction in terms. So, there I was at a crossroads of consciousness. Should I pick it up and see what’s inside, or pass it by with a sneer? I picked it up and read the inscription on the first page: "In an earlier time this would be called Sunshine for Napoleon, and earlier still it would have been called Walls for Genghis Khan."

“Flowers for Hitler” was a mind-blowing experience for me.  It was like nothing I ever read before. It was definitely not an anti-semitic tract. The lyrical lines of poetry from one page to the next were so sad and beautiful that reading it made me smile and cry. I was hooked. I wanted more.  So, long before Google or Amazon, I searched for anything I could find by L. Cohen.  It so happened that his novel, “Beautiful Losers” had just been published. I rushed to the local independent book store to buy it. After reading “Beautiful Losers”, I became an even bigger fan, started dating a girl from Montreal and began to alert all my English department buddies to my new find, the Canadian author, Leonard Cohen. As it happened, I had friends on the English department literary committee that invited emerging and interesting writers to perform at the university. Not long after, there was a mimeographed poster on the student union walls announcing that “Canadian Poet, Leonard Cohen will be reading….”

Leonard, looking dark and Jewish, as he read from the dog-eared pages of his own books , accepted the audience’s applause in his seriously appreciative way and then did something no one expected. He picked up a guitar that had been leaning against a chair looking like a stage prop and said “I have never sung in public before, so please bear with me.” He began with “Suzanne”. Everyone recognized the song as a Judy Collins hit, but had no idea that it had been written by Leonard.  Before long, the audience, made up mainly of 19 year old English majors, were hanging on every note and word. It was hypnotic. This guy with an edgy voice reminiscent of Bob Dylan had reached out and taken their hearts. I was ecstatic.

Approximately 25 years later, I was invited to a Leonard Cohen concert in Hamilton, Ontario by my brother-in law at the time, Paul Ostermayer. Paul played sax and flute with Passenger, an Austin-based jazz-fusion band that (as amazing grace would have it) happened to be to be touring with Leonard that year.  Paul took me back to the green room to meet Leonard during intermission where I told him this story. He said, “Ah yes, so you’re the one who got me that college gig back in ‘67 .”

Here is a picture of Leonard and me in the green room. What happened to my best friend KiKi last weekend. 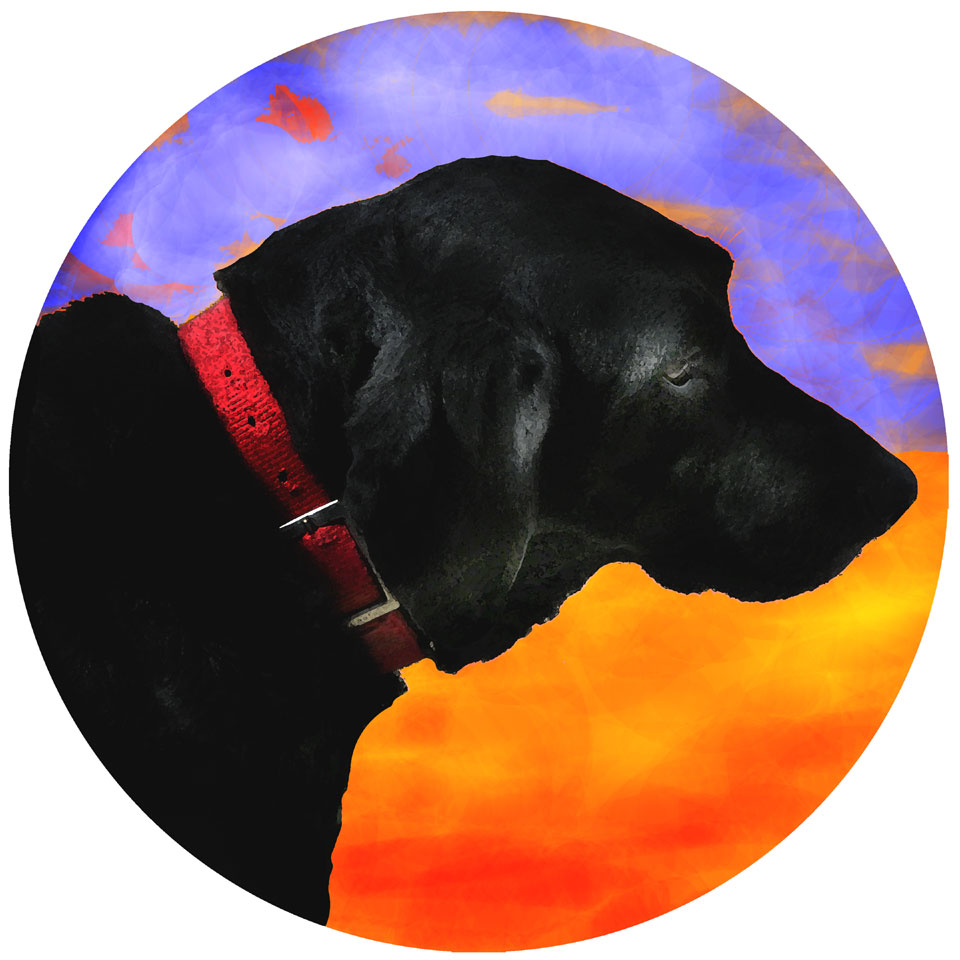 For my first blog of the new year, a sad story with a not-so-sad ending.

Last weekend, I got back home after a long weekend visiting kids in New Jersey. It was a great weekend, but I have to admit, I was looking forward to getting back to my winter studio routine, starting a new printmaking project and walking to work with my best friend, KiKi.

As soon as I opened the back door to the house, KiKi ran up to me excited and whimpering. About an hour earlier she had been attacked on the street by a pit bull twice her size. The story goes like this:

My brother, Jerry, usually house-sits for us when we are out of town. He takes good care of KiKi and takes her on long walks. That day, as he turned a corner not far from our house, a big, black unleashed dog was standing in their way. Jerry and KiKi, not troublemakers, usually cross the street or head in another direction when a situation like this pops up. This time they were not given a chance. The big dog pounced on KiKi and locked it's jaws on her neck. KiKi tried to disengage and even fight back but without success. So, my brother stuck his hand into the big dog's mouth to pry him off KiKi's neck. This all happened within minutes and, if the dog's owner hadn't showed up at that moment, it could have gone on and got worse very quickly. The end of this sordid story is that the dog's owner grabbed his dog's collar and took off. My brother's hand was bitten and bloody as was KiKi's neck.

They are
both recovered and okay now, a week later, after trips to the emergency room and vet's. For the few days following the event, they were both traumatized. We did contact the police, who found the dog and owner and, thankfully, the dog's records showed up-to-date rabies shots. Jerry's bandages came off yesterday and he is healing. I bought KiKi a dog sweater (designed by Martha Stewart) to cover the patches shaved from her neck and back where the vet treated her puncture wounds.She doesn't seem to mind wearing the sweater and even gets "how cute" comments
from passersby. Things are back to normal. Everyday is an adventure. So it goes.